No Sympathy For Your Drought, Ladies… 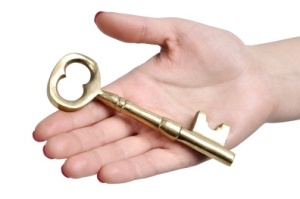 Hey all! While perusing the internet thingamajig as I typically do on a daily basis I happened upon a message board that I like to read every now and again to pass the time. It’s quite the social place; I wonder how any of these people are able to keep their jobs what with the amount of posting that they do on this website. Anyway, I was cruising through thread after thread of conversations when I saw a group of women standing around the virtual water cooler discussing, no, lamenting the fact that they hadn’t had any, ummm, horizontal mambo time in some time. One young lady admitted to a 3 month stint, another whined about a 8 month stretch and yet another said that she had just crossed over a year, the poor thing. So obviously I stretched out my typing fingers and typed two words to the lot of them – “Your Fault!” I don’t want to hear it, ladies, and I’ll tell you why.

I typed here in this very blog a few months ago about how women, through the power of the still undefeated, untied, and undisputed Champion of the universe located just south of the female waist, hold every last one of the keys to just about anything but especially sex. Especially sex! Because of this fact, I find it hard to feel sorry for a young lady’s dry spell (oh Lawd, please pardon that pun) because truthfully it’s a self inflicted wound. I’m not advising any woman to just go out and do this willy nilly but should a woman get a wild hair all she has to do is say to herself, “Self, I do believe we are gonna go get us some today!” and then go about making up, dressing up, then either finding a victim or going through her stable of stand-bys (because everyone has one) and cashing in a favor. Women have that ability to just decide to ‘service the vehicle” on demand because they can, they have the keys. Additionally save me the spiel about “We might be able to get some but it ain’t guaranteed to be the good stuff.” That’s true, but at this stage of life there’s a chance that you have developed a back and forth with at least one dude or two dudes that you know can get down sufficiently, right? And we’re men, we’re EASY, especially when you do that thing you do when you make us think that we’re getting over on you, right? I’m a dude. I’ve been had once or twice.

And on the man side of things, of course we may have a stable or a gaggle of go-to girls or perhaps even an old faithful that answers on the first ring but even then you hold the keys. We’re at your mercy until you give the go ahead. We have to bypass all the conversational gatekeepers – asking how your day was, whatever happened to that silly disagreement at work, is your car still making that noise, how’s your mother doing, et al – we listen to all the answers and rants that come with each of those inquiries in hopes of softening you enough that we can get to the “We haven’t hung out in a while, what are you doing tonight?’ inquiry because, of course, we have to mask our intentions in the guise of something else altogether in hopes of getting you to share space. All of this we have to do and, sure, sometimes we can just luck up sometimes and say, “Look, you with it or not?” and get a positive response but you can’t always play that card because that can get you blacklisted, especially if you’re dealing with the non-hoodrat variety. All of this has to be taken into consideration, every word, every move, every action, because if there’s even a hair out of place we’re done and our drought continues because women, all of you, hold the keys to just about everything.

Because you hold those keys, ladies, I don’t feel for you and your 8 month droughts; that’s like owning a Ferrari and leaving it in the garage because you don’t feel like hearing the engine rev. If you’re a woman that actually wants to get down with the sideways salsa like these women were and you haven’t done so in a stretch of time then quite frankly you’ve got no one to blame but yourself, it’s sloth at its best. Of course, I guess it’s a good thing that the “keys” were handed to the gender with the most restraint because Lord knows if we had them the universe would implode upon itself out of sheer hedonistic overload. There’s something to be thankful for.

All of this to say, ladies, cry me a river. You’re making it hard on yourself instead of hard for yourself by simply not starting the ignition on your little pink corvettes. You’ve got the keys, you’ve always had them, go ahead, take it for a spin, but don’t expect sympathy, least of all from me, because unlike you there’s hard work involved in ending our droughts…hard, laborious, conversation filled work. 🙂

~thanks for reading and have a great weekend!!!