Issues of Importance – The 2012 Election

Before I get started with the subject matter for the day I’d like to inform you all that “THE OUTFIT” is now 6-0. Just an update on that important subject matter first talked about HERE. A made 55 yard field goal with five seconds remaining for the win? I’m just sayin’. 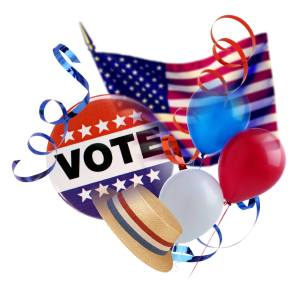 As it always is with election season you have candidates that do their best to pander to the masses in order to get votes so they can sit in a big chair someplace behind a big desk to be about the business of forgetting to commit to all the promises they swore to keep while they were at your church/community center/soup kitchen the prior 6 months. Of course since I’m a Black dude, I find myself in a demographic that’s constantly being preached to as to how my plight is understood and how my pain is felt and, recently, how the economy can be made more equal for me as a Black dude in the Black community.

Now, strengthening the economy is a huge deal for Black dudes and non-Black dudes alike but I have more pressing issues than job creation and the return of manufacturing to our nation’s great shores. So I have put together the Skrapdiggy Platform, all of the things that I need to see done to make my, and a good number of my Black brethren’s lives better. Without further ado, I present that list to you in the form of the questions that I would ask at a debate that I hope to monitor within the next couple of weeks.

Candidate, what will you do about the rampant spread of unwanted rappers in the Black community? As a Black man living in America I am always concerned about the spread of disease and viruses throughout our community; it is a proven fact that the number of aspiring rappers has increased exponentially causing high rates of eye rolling and heavy sighing throughout our streets. Can we count on you to do something about the increasing number of MC Whatshisname’s that approach our people about buying their mixtapes as they try to pump their gas? Can we be sure that in your agenda there will be steps taken to ensure that people can roll their shopping carts (or “buggies” for those of us that live in the South) full of groceries to their cars without Lil’ Whodatis running up on them asking them to check out “that new hot sh*t!” Additionally, what measures are there in your agenda that will slow the rate of DJs spinning in unwanted areas. There was once a time that you could get a haircut, buy a record, or get your car washed in peace; but now every space once filled with a simple lamp or a bookshelf is now occupied with a DJ table complete with DJ gear as well as DJ Notyouagain’s mixtape for sale on the “low low”. Where, Candidate, will this end? Will our children be able to have their anniversary dinners in a nice upscale restaurant sometime in the future without someone in a hoodie and backwards fitted baseball cap tilted just so in the establishment “on the ones and twos”?

Candidate, there are really no winners in war. None. However, it would be in the best interest of the people of the Black people everywhere if there was some type of military action against line dancing in the Black community. The army may not be wholly necessary, but are there any plans that could you could share with this gathered audience in regards to curbing the onslaught of line dances that are overtaking ‘hoods everywhere? While it seems that little harm is done with these line dances, slowly but surely over the last few decades it has taken a stranglehold on get togethers, picnics, parties, BBQs in the Black community all over this nation. From humble beginnings of the “Electric Slide” and “Set It Off” we have now been swallowed whole by Cha Cha Slides, Wobbles, and more “Shuffles” than we all care to admit. Candidate, for the good of wedding receptions everywhere in Black communities of this nation, I implore you to tell us that you have a plan of military action in place to keep these epidemics at bay. Once upon a time these guys probably wanted to be doctors, but the Wobble kept them from their dreams.

Candidate, what bill will you pass to keep Black people from talking loud in, as well as, telling all the good parts of the movies. Again, this may unfortunately require the involvement of the nation’s armed forces.

Since 1985 there has been a increasing amount of violence in the streets of Black America. From brutal fistfights to reports of gunfire, this violence has oft times gone unchecked and has scarred a collective people because the reasons for it is laughable, silly. It is important that the cycle of violence in all of the nation’s streets be curbed, but especially in the streets of the Black community where violence has tended to flourish in even these, the most unlikely of cases. In scenarios where Black people have gathered with no other agendas other than to stand with one another in patient evening vigils across the nation, ready to spend their rent check and perhaps half their water bill on a pair of overpriced sneakers. Please, tell me Mr. Candidate, what is it that you plan to do to phase out Jordans in our streets in the next four years with the end goal of keeping De’Andrelious and FuQuwan from coming to blows over the last pair of size 12s?

These are amongst the most pressing of the issues in the Skrapdiggy Political Agenda but by no means are these the only ones. It is my hope that I gain audience with the powers that be in the media outlets to stage what would be the most telling and important of the issues facing the Black community. The candidate that proposes the most sweeping reform in these areas will likely reshape the Black community at large for generations to come.