“When you believe in things that you don’t understand, then you suffer…” -Stevie Wonder

I’m a slave to sports. My TV is almost always on a channel with the letters ESPN in it. When I was a kid my father and I would use sports as an escape because, let’s face it, living in a house with three women (my Mom and two sisters) was a daunting proposition what with fluctuating estrogen levels and wavering emotional states. Since those escapes with my Dad long ago, sports has gained a much larger market share of my emotions, and apparently my brain, and if I don’t get a hold of myself, or the Atlanta Falcons don’t lose soon, I’m going to catch my end due to pneumonia. Okay, let me explain.

Like thousands of sports fans I’m superstitious. About 65 pounds ago when I was an All-County soccer player I absolutely had to listen to the same song, Public Enemy’s “Welcome to the Terrordome” and then Master Ace’s “Can’t Stop The Bumrush”, exactly 20 minutes before kickoff. I had to do it, if I didn’t then you might as well have told the refs that we were forfeiting because I didn’t feel complete and my play would have suffered…in my mind anyway. I’m no longer am a slave to music to get me over now, it’s worse now, because now it’s this.

This is what I had on September 9th, 2012, the day that the Atlanta Falcons beat the Kansas City Chiefs at Arrowhead Stadium by a score of 40-24. Black cargo shorts, red Atlanta Falcons t-shirt, black socks, Nike sneakers. The win was impressive, convincing, and of course I attributed the win not to Matt Ryan’s quarterbacking ability, not to Roddy White or Julio Jones’ ability to catch, or even Mike Smith’s ability to coach; no the Falcons won because of “The Outfit”. Okay, maybe it WASN’T the outfit but I certainly wasn’t about to change things up. I went home, washed “The Outfit”, folded everything, put it back in the drawer and waited for the next week.

Monday Night Football was the following week here in Atlanta against the Denver Broncos. I put on “the outfit” and take the train downtown to the stadium. The Falcons get three interceptions in the first quarter and go on to win 27-21. Now “The Outfit” is gaining momentum. The belief is growing. The intensity is increasing. I go home, wash “The Outfit”, fold it, put it in the drawer until the next Sunday.

The Falcons play at 4pm against San Diego which means I have plenty of time to do the church thing before heading to a friend’s house to watch the game. I have brought “The Outfit” to church with me so I can head over directly from there. But, we have a problem, I completely forgot about an engagement that my choir had that afternoon in Columbus, GA, about 90 minutes away from home which meant not only couldn’t I watch the game, but I couldn’t even get into “The Outfit”. The choir director wasn’t hearing me skipping out on the trip (damn my great voice) so I had to go. I have to improvise, I drive to Columbus and get to the church there but before heading in to join my choirmates, I carefully draped the t-shirt around the passenger seat, the cargo shorts below them, placed the black socks inside the sneakers and placed them on the floor hoping that would be a reasonable substitute. The Falcons won 27-3 and improve their record to 3-0. The legend of “The Outfit” grows.

The next week is a home game against Carolina. I don’t have tickets to this one so I’m on the couch watch the game at home. Here’s the wrinkle, I sprained my ankle the previous Friday night so I had on the t-shirt, the black shorts, and the black socks but I left the sneakers off because it wasn’t comfortable to have them on. The Carolina Panthers take the lead late in the game 28-27 and they are threatening to run out the clock. My team’s hopes were dim and I couldn’t help thinking that I was somehow at fault because “The Outfit” was incomplete. Somewhere around 4 minutes left in the game I limped to my bedroom and put on the sneakers to complete the ensemble. The Falcons drive into field goal range and kicker Matt Bryant kicks the game winner to move the team to 4-0. See, now it’s scary.

Sunday, October 7th, yesterday, the Falcons were on the road taking on Washington. My intentions were to go to church early so I’d be home and dressed by kickoff at 1pm but of course I overslept which meant that I had to go to the late service and wouldn’t get home until after kickoff. BLAH! Church was over at about 12:50pm. I limped my way to my car (my ankle still hurts a full week later, no idea what I did to it. Anyway…) and flipped the radio to the game broadcast where I hear the announcer say that the Falcons are struggling. OF COURSE they are, because “The Outfit” is at home laid out on the bed and I’m sitting here in church traffic trying to get out of the lot. I get home and flip on the TV to see my team’s QB throw an interception that is returned for a TD all because I’m standing in my den in my church clothes and not my uniform! I hustle to the bedroom and change into “The Outfit”, the Falcons score just before halftime, then after struggling a bit, they knock the opposing QB out of the game, take the lead, and get two interceptions to seal the game. “The Outfit” is 5-0, not the team, “The Outfit”. 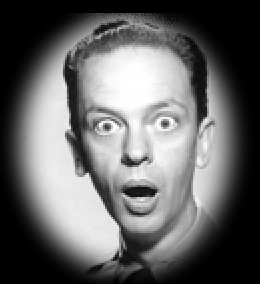 So here I am, superstition and moderate idiocy in tact, facing a problem. It’s fall, man, it’s starting to get cool outside, the wind is picking up, the leaves are beginning to turn and fall into the yard. I’ve got thin Southern blood, man, I can’t be going to football games in “The Outfit”, that’s a cold waiting to happen, we play the Raiders next week, might as well say that we’re 6-0 already! Then the next game isn’t until 2 weeks later; hell, by then the temperature will have dropped another 10 degrees on average. I don’t have the White people disease that I mentioned HERE, I’m Black, I need layers but the truth of the matter is I’m simply not wearing anything other than “The Outfit” unless the streak gets broken. If the Falcons don’t lose on the 28th, a tough game against Philadelphia, it’s a good chance that barring an upset I could be wearing shorts into December! There’s night games coming up! It gets cold when the sun goes down! What am I to do?

The only thing I can do…wear “The Outfit”.

My team needs me, the coaches need me, my city NEEDS me to put on “The Outfit”. We need to win games, we need to make the playoffs, we need to go to a Super Bowl, and if that means a brief stay in ICU due to frostbite then that’s what needs to be done. Sacrifice, that’s what this is about, sacrifice! Either that or crazy, either way. **shrug**

And now, Maestro, some traveling music if you please…