I’ve been to the Ukraine.

Usually when I tell people this they look at me like, “You know daggone well there’s no good reason for a Black man to be visiting the Ukraine.” But I have, I once worked at a place where I had to travel there for a conference back in 2006. In a word, it was interesting. The conference was in this town called L’viv (la-VEEV). To get to this town we had to fly into Kiev and then we jumped on this thing that looked like a sardine can with wings and propellers. After praying for the entirety of the 45 minute flight that the sardine can would stay in the air and not crash into one of the mountaintops we were skimming over we landed in L’viv, a quaint city with buildings dating back to the 1300’s and one of the most beautiful opera houses I’ve ever seen (I’ve only seen like 5 so…). 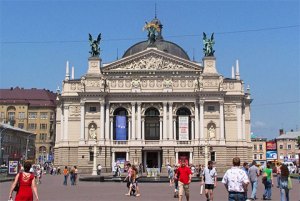 If you’ve ever seen a wide eyed kid in a Toys R Us then you have a good idea of what I looked like as we rolled through the streets of Lviv. Additionally, I caught more than a couple of curious stares as people got a glimpse of me in this former Russian outpost as people my shade in Ukraine are either imported athletes or REALLY lost. More than anything, though, I had a fascination with Ukrainian radio. Not only could you travel a world away in 2006 and NOT get away from “Crazy” by Gnarls Barkley, but you could also hear all of your favorite hip hop tracks on Ukrainian radio free of bleeps or any other sounds that keep your ears free of profanity. There is no “radio edit” in Ukraine! I realized that this is mainly because if you speak Ukrainian or Russian you really don’t know that English profanity is English profanity unless someone who knows English puts you on…otherwise they’re just song lyrics.

Anyway, so we’re rolling through town listening to “C.R.E.A.M.” by Wu Tang Clan on the way to our hotel and conference center for the week. It was a real out of the way place and when I say out of the way I mean 175 miles removed from “where the hell am I”. Yeah, that far. Just outside of the main entrance to the hotel was a monastery which wasn’t strange at all; however, the cow out in front chained to the flagpole was a little left of center. This wasn’t a decorative cow, this was a straight up, walking around, milk producing moo-cow…on a chain. WTF??

The hotel was modest enough, just north of shady but not quite at “run-down” level; just outside of the main entrance to the hotel was a small cage and inside that cage was a bigger than average rabbit. He (or she) was happily munching on some grass that had been placed in the cage for him. I automatically began to think, if rabbit is on the menu for dinner tonight I pass, I’m not particular about my dinner spending its last hours chillin in a cage on the front steps. Anyway…back to the matter at hand…

The first order of business was to meet with all of the partner agencies that came to meet with us; there was Petru, the big Romanian dude, Monika the Polish woman with enough nasty attitude for 4 women, and then there was Anna the Russian. Anna is the prototypical Russian girl, long blonde hair, clear blue-green eyes, pretty smile, if she ate a few sandwiches and gained about 12 pounds she could have been a shorter version of Maria Sharapova and that would have been pretty cool because I think Maria Sharapova is a fox. More than her good looks, though, she was a good person. I don’t think that I saw her once without a smile on her face even when we had those ridiculous 7AM meetings. She was always smiling and always had a kind word and, while her English was broken, we could still have a full on conversation.

So we’re sitting at dinner, in all there are about 20 of us; there are about 4 languages and 6 nationalities represented but everyone seems to be fixated on me because, I think, I’m the first living breathing walking around Black man that a good number of them have seen in their natural lives. I’m sitting next to Anna at dinner because she’s the only person that I can have a real conversation with outside of the people I traveled with, plus she was cute. Her cell phone kept ringing about every 15 minutes or so, not that a ringing cell phone is anything weird, we all have one and they usually ring every day but we all didn’t have “P.I.M.P.” by 50 Cent as our ringtone. If you don’t remember that song the chorus went a little something like this:

These lyrics on repeat as a ringtone on a cell phone belonging to a Russian girl that looks like she worked part time as the Swiss Miss logo. 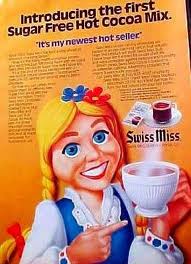 I’m not necessarily a big fan of 50 Cent but I know enough about him to know that his main demographic isn’t Russian females between the ages of 22-29. The phone goes off again and my co-worker starts to poke fun at her choice of ringtone. Fifteen minutes (and maybe 4 more vodka shots) later the phone rang again and we all start to sing along with the lyrics, she quickly answers in order to shut us all up. Roars of laughter go up in the dining room. As a sidebar, you haven’t heard 50 Cent lyrics until you’ve heard them with a Romanian or Polish accent.

After her phone call she leans over to me seeing an opportunity to ask a real, honest and for true Black dude a question that she has probably wanted to ask for months given the opportunity. She motioned for me to lean closer, looked me dead in the eye and asked, Russian eyes full of sincerity:

I mean, here she is with this ringtone that she’s had for Lord knows how long and she has no idea what in the world that joint means. So now I have to sit at the dinner table at a business conference half a world away and explain to Anna, the cute Russian chick, what a m*th*rf*ck*n’ P.I.M.P is. And to think that she might not have ever known if she didn’t meet a black dude from the States at a business conference. Well, at least I thought it was comical.

And there’s my interesting roundabout story about me in Lviv, Ukraine.